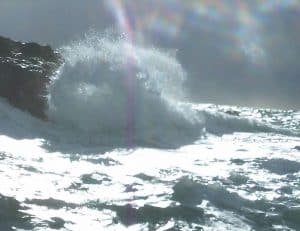 When Husband was first diagnosed 3 months ago we were worried about waiting a few days before starting Rituximab but still no treatment. The specialist said that waiting an additional 2 weeks would ‘make no difference’ – sounds bit ominous but was probably meant to help us through what he can see is a stressful and frustrating time. He acknowledged that the downward trend of haemoglobin (7.7 on this week’s snapshot) over the last 3 months indicated that the disease was more active than it had been.

The awful thing from our point of view is that there hasn’t been a scan or any kind of image for 3 months so how do they know that it’s ok to keep waiting? What if they’re wrong? This thing moved slowly for years but it does seem to be building momentum. In October the haemoglobin count was 10 something. Of course these counts vary even during the day (we’ve only just learned this) and we’re much more sensitive about a .6 drop in a week because he’s so anaemic to begin with. If he was 13.5 and had gone down to 12.9 it would feel very different.

We should be used to waiting by now. But we’re not. It’s hard. But Mr Surgeon is adamant that the splenectomy protocols have to be respected so husband is booked in for the requisite vaccinations. Apparently one can live perfectly well without a spleen but it does have a job to do and while the op is no small thing in itself the subsequent risk of infection needs to be managed. Husband should be fine but his body will be more vulnerable so he’ll be on antibiotics for at least 2 years, possibly for life.

He’s not having a good day. He’s uncomfortable, getting a bit breathless just walking upstairs and he both looks and feels grey. We went for a couple of short walks (in dingy grey mizzle) and we’ve tried to do some small paperwork jobs but this thing isn’t great for our productivity 🙂 . Why does one always feel rotten at a weekend when there are no doctors around??