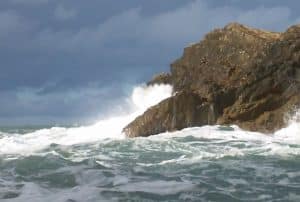 Day 1 – Fibreless day – less problematic than I’d expected but I do find myself craving fruit and veg and our home made bread with wheatgerm. Scrambled egg (on white toast) is allowed so all goes well.

Day 2 – Moviprep – this is the one I’ve been dreading. I’m allowed to eat until midday so to be extra cautious I’m going to have a piece of toast with a scrambled egg for breakfast and a piece of toast at 10.30 and leave it at that.

Reading other people’s accounts online I was almost in tears at the prospect of this day. I’m always terrified of going without food since I seem to get the symptoms of low blood sugar even though I’m not diabetic.

I’m allowed to drink black coffee 🙂 and sugary drinks – anything clear. I can also have boiled sweets and glucose tablets.

I get too involved with work emails and need to dash to dissolve the Moviprep. It’s supposed to dissolve in 5 mins. Panic. There are lots of bits. Husband takes over stirring while I run around collecting supplies before taking up residence in the loo 🙂 .

Kindle. Check. Water. Check. Lucozade. Check. Wet wipes… Check. Sudocrem (left over from much loved elderly dog but manage not to cry). Check. Sweets. Phone… Oops. Almost forgot the Moviprep. I have to get through a litre of the stuff and to try to drink a litre of other fluid too. Then I can take a break for an hour before starting the second batch.

It doesn’t taste anything like as bad as I expected – vaguely lemony (reminiscent of cheap cleaning fluid) and very sweet. This may be doable. I’m using a straw as recommended (to avoid the taste buds) but I don’t feel I need to. It’s stopping me drinking too fast though – apparently I need to take it slow to begin with to see if I get on with it.

1 hour in and nothing is happening beyond the odd gurgle. The dog is lying outside the loo keeping guard:-) .

1 hour 40 mins in and nothing is happening. Slight panic… Off to Google. It should have worked by now. For some people it doesn’t work at all but for others it’s just slow. USA sites say to use lukewarm water when making up Moviprep – no wonder it didn’t dissolve easily earlier.

I really am feeling a whiter shade of pale.

1 hour 45 mins. It’s worked but the results were less spectacular than I’d expected. Not sure if that’s good or bad!

I’ve been advised to stay very close to the loo but I’m finding I have a little more time to get to the loo than I’d feared 🙂 so I am bravely walking around a bit.

Time for round 2 of Moviprep. I’m finding it much harder to drink the stuff this time. I give up on the straw and glug it down with Lucozade in between. I am making much slower progress through this batch.

6.30pm I’ve finally finished glugging the stuff. The dog has patiently hung around the bathroom all afternoon with me. He doesn’t understand why we’re based here but he’s pretty adaptable 🙂 . Husband calls him for a walk 3 times but apart from that he’s left me to the dog’s care and given me custody of the loo as requested.

I go to bed later than usual and get up at earlier at 6.30 but sleep surprisingly okay.