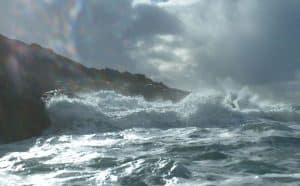 I’m finding bowel prep a bit stressful because I’m not quite sure how Picolax is likely to affect me nor exactly what I’m supposed to eat. Different people at the hospital have told me different things: the pre-op doc thought ‘probably’ just eat normally, the pre-op nurse said patients eat normally 48 hours before but low fibre as per colonoscopy and 24 hours before they just have a light breakfast and lunch.

Both said to take Picolax at home before going to the hospital. I am terrified at the prospect of Picolax explosions on the 2 hour car journey to the hospital :-). Husband rings the ward and speaks to staff nurse. Don’t eat at all tomorrow. Makes sense. I feel much better having clear guidance.

So I take the dreaded Picolax. It’s easy to dissolve (fizzes impressively and gets warm). It tastes okay – lemony – and is much less gloupy than Moviprep. The blackcurranty rehydration salts smell better than they taste but are okay.

A couple of hours later I haven’t had any discomfort or problems of any kind, I’m just surprised more isn’t happening. I’m finding that black coffee and anxiety are quite effective laxatives though!

A couple more hours pass and I can’t help but be a bit depressed by the lack of effect. I’m not quite sure what it’s supposed to do so all I can do is hope it’s working – it seems to be much more dramatic for most people. Perhaps I shouldn’t complain! I’ve been able to work normally from home today, never too far from the bathroom in case but it’s been surprisingly manageable.